The custom of burning incense has a long history in China. The ancients burned a lot of incense, so the incense burner is widely used. Besides the smoked clothes needed in the etiquette environment, it is also because the incense in the study is convenient for reading, which is beneficial to understanding and memory. In addition, there is another purpose: burning incense in tombs, temples and powerful houses, worshipping Buddha and worshiping ancestors. In my collection, one is a warp pressing furnace. Ancient emperors liked to give this to Buddhist monasteries. Later, when there were many imitations in monasteries, they gradually became special rituals and Buddhas. 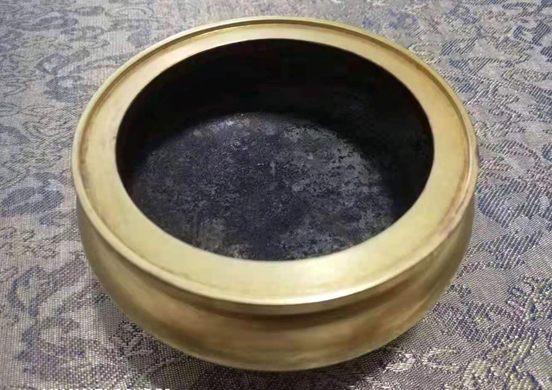 Qin Shulv: Wu Bangzuo in Xuande period of Ming Dynasty. He was the official of the Ministry of Industry and Trade who supervised the famous "Daming Xuande Casting Furnace" in that year, and was a famous craftsman of bronze casting in Xuande period. The specific date of birth and death is unknown. It is also the designer of Xuande furnace style, style and color. A large number of bronze wares were cast in the ancestral temple hall of BangZuo Wei court, precisely because this person was very skilled in casting furnaces, from the design of the wares, decorative design, color adjustment, to the ratio of materials. He was the top master at that time, and his mind was flexible. He didn't say anything with the high salary of the imperial court, and he also "privately cast" bronze furnaces for sale, all of which were exquisite and were private treasures of dignitaries. Later, they made their own imitation propaganda, and produced a batch of copper furnaces with excellent workmanship and beautiful shapes. There were eight-character models and sixteen-character models, and there were also three-character models entitled "Qin Shu Couple". It is another leap in bronze casting process after Xuande Furnace era. 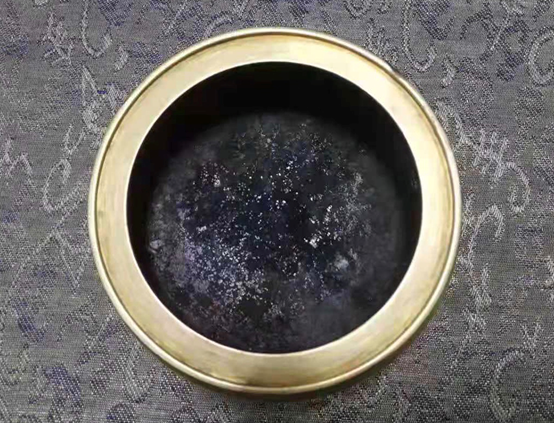 According to acquaintance, the peak stage of copper furnace production was from the early Ming Dynasty to the middle Qing Dynasty. The craftsmen accumulated exquisite martial arts in the long-term production process and formed a strange tradition, which was unique in the history of arts and crafts in China. The "Qin Shu Couple" bronze incense burner is one of the representative ones. "Qin Shulv", namely Wu Bangzuo, was the official of the Ministry of Industry and Trade when Xuande cast the furnace, and was also the great father who made the imitation of Xuan.

This "Qin Shu Couple" model (Qin Lu) is small and exquisite in shape, natural in radian, with flowing lines. The bottom is elegant in style, neat in font and delicate in workmanship, with a gold content as high as 70%. The "Qin Shu Couple" model on the hearth reflects a career state of ancient literati. The incense burner in Ming Dynasty is modeled on the bronze ritual vessels in Shang and Zhou Dynasties, with various names such as tripod, basket and shell. Wu Bangzuo, the imitator of Xuande Furnace, proved the essentials of casting Xuande Furnace, and recruited craftsmen who originally cast Xuande Furnace to cast it by themselves. The furnace he cast was exquisite and elegant, which was comparable to Xuande Furnace. 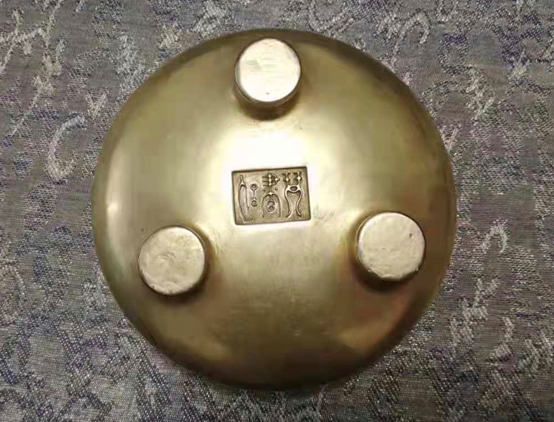 It's not necessarily good that the copper furnaces are too large, because the large copper furnaces used in temples and shrines are often made rough, but the copper furnaces used in study rooms are made specially by literati, so they have fine materials and good workmanship, and most of them are fine, elegant, wonderful and good products with high grade. However, most of the private copper furnaces belong to the study utensils and sacrificial vessels of official families or wealthy families, which are specially cast, so they are isolated products. Later, there are models that like their names handed down from ancient times, and they also have afterwords, but they will not be mass-produced. Therefore, private furnaces with good shape, fine copper, good skin color and excellent characters have extremely high cultural relics value, artistic taste and market value.