Jinnong, named Shoumen, named Dongxin, is a native of Renhe (present-day Hangzhou). Live in Yangzhou. Fine appreciation, painting and calligraphy. Poetry and stone. Calligrapher's official script. Li is known for its simplicity and thickness, and its model contains the meaning of Li. It is a sui generis, so-called "lacquer book". Painting began after the age of 50, and landscape figures, pommel horses of Buddha statues, and plum bamboos were written with simple images and novel compositions, all of which became unique and thoughtful works and were praised by the world. Known as the chief of eight Yangzhou families. 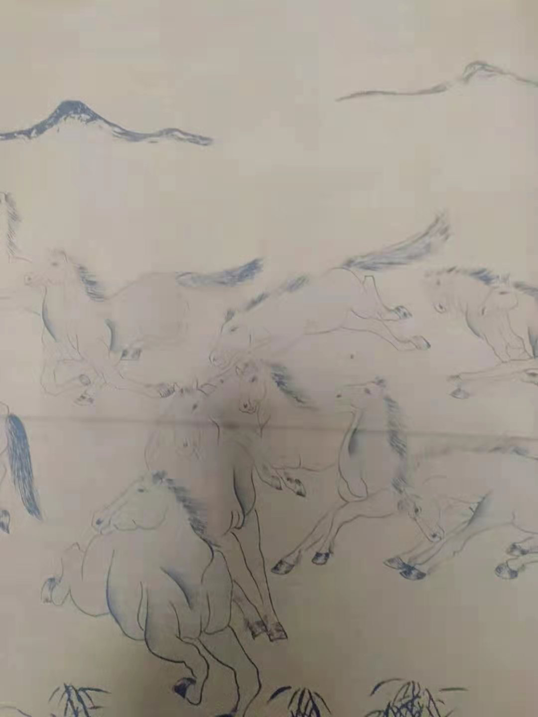 His strokes are thick and thin, and his wave paintings are mostly made of fat, blunt and thick brush, which makes the official style calligraphic, simple and ancient. It is not only of great significance in the evolution of calligraphy, but also impacted the traditional and conservative calligraphy circle at that time. Jin Nong's painting style is strange and ancient, his pen is simple and clumsy, and the objects in his works are all solitary and unique, which is out of fashion. Especially the subject matter is so wide that there were few competitors at that time. Those who exert the most diligence and have the best attainments are plum, bamboo, Buddha, horse and self-portrait, and they can all embody the spirit of "painting with meaning" and "making it wonderful with meaning". There are no mountains and rivers in his works, but most of them are sketch freehand brushwork, which can be said to enjoy both elegance and vulgarity. Most of his paintings are a combination of poetry, calligraphy and painting, which is unique and interesting for literati paintings. 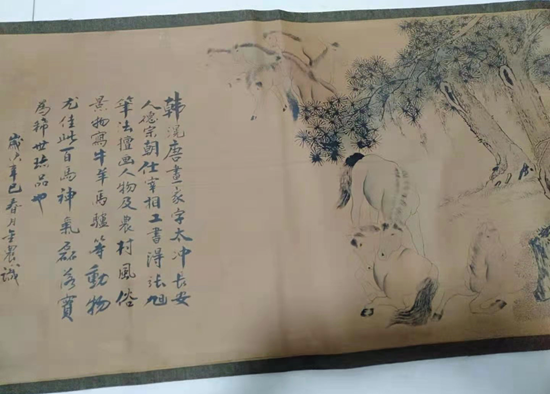 Jin Nong's pommel horse painting inherits the Tang people, and can pay attention to images on the basis of realism by Han Gan and others, and appropriately exaggerate and deform the expression forms of pen and ink, which makes his horses not only have the fierceness and fierceness of painting horses by the Tang people, but also show the elegance and character of Jin's painting horse "with his eyes toward the palace in the deepening air". The ink and shade of this painting intersect with each other, and the simple and heavy lines color the charm of horse, and the image of powerful, strong, elegant and floating Tianma is on the paper. Jinnong's characters are derived from the Monument of Heavenly Gods and Longmen Statues, which are integrated with han li and Wei Kai. The calligraphy pen in the painting is square, angular, compact in structure and excellent in its regular script. Qin Zuyong's "Tongyin on Painting" comments on Jin Nong's painting, "It's ancient when it comes to writing, and it breaks away from the painter's habits". This painting can be proved as hard evidence.

This Hundred Horses Picture is 4.83 long and 0.45 wide. This picture is clear. It is a masterpiece of my ancient Chinese painting and calligraphy, and it is lightly colored for paper ink paintings. Every horse has different postures, different shapes and lifelike. The painter's depiction of horses is very good at grasping the dynamics and expression. The horses in motion are shown to be lively and naughty, while the horses at rest are shown to be solemn and mighty. The brushwork in the paintings is delicate and Wen Ya, and the color is light, so we can see the traces of the author's changes in his age. 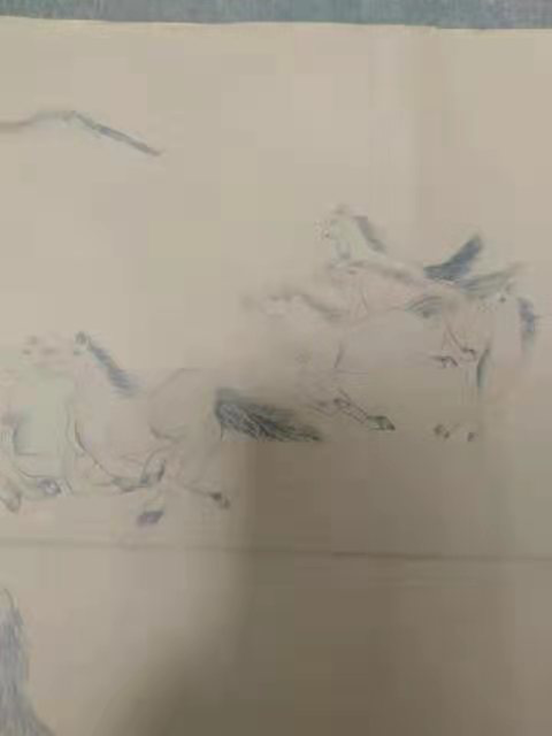 This spring auction art market is very lively, especially in modern painting and calligraphy market. Those works with clear sources, orderly circulation, famous collections and rare in the world are very popular and in short supply. Lots with numerous publications and exhibitions have obvious advantages in bidding, and the transaction price is often several times higher than the valuation. Judging from the auction site of Poly, whether it is day or night, the popularity of new buyers has increased. Evening auctions are widely concerned, often packed, and more big collectors actively purchase top-class paintings and calligraphy works. In 2017, the turnover of modern paintings and calligraphy in Poly Auction Department exceeded RMB 3 billion.